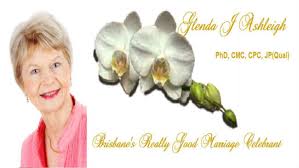 Conducts your ceremony your way. With 14 years as a Professional Brisbane Marriage Celebrant, Glenda offers a delightful range of civil ceremonies.

No reviews for this business Be the first one, click on Add a review button to submit a review.
How can I contact you?

You can click on compare button in header to see the comparison anytime. If you want to go to comparison page now click below button.

I Do Wedding Planner