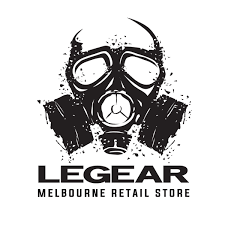 LEGEAR - a Division of ADA is the leading supplier of the Law Enforcement, Military, Public Safety, Hunting and Outdoor products in Australia and New Zealand. It has built a reputation on providing the highest quality products, offering exceptional service and on time delivery since 1999.

Our line of Brands include:

Whatever your mission, we have the gear!

No reviews for this business Be the first one, click on Add a review button to submit a review.
4+6

You can click on compare button in header to see the comparison anytime. If you want to go to comparison page now click below button.

As Group Of Consultants

Document Shred is one of the best shredding companies in Sydney metropolitan area. Established by experts with years of experience in the document service industry, we have dealt with organizations in the vicinity of Sydney metropolitan area. The security of your documents, computer media such as CDs, DVDs, hard drives or USB sticks etc is of the highest priority as that is what we do best.

How Do I Log Into My Tp Link Router?

The Moment It Clicks Pty Ltd

How Could I Reset My Dlink-Router ? Dlinkrouter.local

Worth Every Cent Cleaning

How To Resolve Errors For Roku Activation Code?

Are You Facing Any Trouble While Installing Home Gadgets And Devices